4.（中英文对照）OHCHR is concerned about the conviction of 16 year-old Amos Yee 联合国人权委员会曼谷办事处就余彭杉事件发表声明

Amos in remand – a mother’s perspective

Amos in remand – a mother’s perspective

Supporters and journalists who showed up at the State Courts early Tuesday morning expecting a sentence and closure to the Amos Yee saga found themselves bitterly disappointed. There was a two-hour wait with little to do but watch both the prosecution and the defence go in and out of chambers to speak with the judge. There were the brief glimpses of Yee, shackled and clothed in prison garb, shuffling meekly from holding to the witness room.

By the time District Judge Jasvender Kaur entered the courtroom, it was fairly clear that things weren’t going to go very well for the 16-year-old video blogger.

The report assessing his suitability for reformative training said that Yee was both mentally and physically fit for a stint at a Reformative Training Centre (RTC), but psychiatrist Dr Munidasa Winslow had observed that Yee might be suffering from autism spectrum disorder.

Judge Kaur thus ordered for Yee to be remanded for two weeks at the Institute of Mental Health (IMH) for another psychiatric assessment, after which she would decide between sentencing options such as reformative training or a Mandatory Treatment Order (MTO).

Everyone filed out of the courtroom, bemused by yet another delay. But there was no one more dismayed (with the possible exception of Yee himself) than his mother, Mary Toh. “They always want to paint him as mentally unsound,” she commented with a frown.

Lost and confused by legal proceedings she found difficult to understand, Toh had flitted back and forth from her seat to the holding room to speak with her son, trying to get as much information as she could on the best course of action.

“I thought the three weeks of remand [which the judge ordered on 2 June] was for a full assessment. Why is he in for another two weeks now?” she asked as we left the building.

It’s been a difficult time for Toh ever since her son was arrested on 29 March, the day of Lee Kuan Yew’s state funeral, for posting his YouTube video criticising both the statesman and Christianity. Apart from the media attention and the rampant online speculation, she’s had to grapple with criminal procedures and make decisions in stressful situations. She’s also had to visit Yee while in remand, keeping him up-to-date with developments and trying to look out for his welfare as much as possible.

Yee has already gone through 39 days – albeit not continuously – in remand. But it’s his experience of the past three weeks that has worried Toh the most.

“I used to see him about once or twice a week, but tried to see him three or four times a week when I saw that his condition was getting worse,” she told The Online Citizen. “He has rashes, and he says his whole body itches.”

Toh said that Yee is kept in a “special room” every time he’s in remand: the lights are on 24 hours a day (although dimmed a little in the night-time), and the cell is under round-the-clock surveillance via a CCTV camera.

“It seems like he’s the only one who must be in this special room, which can hold up to four people. When he’s there they sometimes transfer two to three cellmates there to join him. They aren’t really happy about it, because the room has CCTV,” she said. “I’m not sure why he’s in this room. I guess to [the authorities] it’s more like protecting him.”

Individuals in remand spend 23 hours a day in their cells. For the remaining hour they are allowed to go to a bigger space that Toh describes as a “basketball court type of place” where they can play games and socialise.

It’s the only break from the monotony of each day, but Yee had told his mother that for the first two weeks of his last period of remand, his hour of “yard time” was often taken up by his sessions with experts assessing his condition (according to Toh Yee was not very clear on whether they were doctors, psychiatrists, counsellors or prison staff, but said he had met about five different people), answering the same questions and repeating the same statements over and over again.

The most distressing incident came when Yee expressed suicidal thoughts to a prison psychiatrist. According to both Toh and information Human Rights Watch obtained from his lawyer, Yee was strapped to a bed for a day-and-a-half.

“Why did they need to strap him? There was already CCTV in his cell,” Toh said. It was after that incident, she added, that Yee’s condition appeared to deteriorate.

“He used to read a lot of books, and it helped to pass the time. But after that he didn’t read any more. He told me, ‘You don’t have to bring any more books, I’m not reading.’ I think he was traumatised,” she recalled. “It was like he went through every day in a daze.”

Yee’s changed demeanour in court was not lost on his mother. While photos of him at previous appearances show a cocky, even smug, teenage boy, on Tuesday morning Yee sat in the dock, head bowed. “He’s usually smiling and cheerful, but today it’s different.”

“He feels tired, but he can’t sleep, and this worsens his health,” she said. “It’s partly because of the emotional issues, and also the light in the cell.”

Yee had believed that his long wait for his punishment had come to an end at last, and that he would finally know his fate. “The waiting is the most difficult for him,” Toh said. “He thought today would be the sentence, that the case would be closed.”

Thinking that he could get bail pending an appeal of his conviction, Yee had asked both his lawyer and Toh if he could go home. Instead, he was led out of the courtroom, still in shackles, for yet another period of remand.

Apart from finding out when – and how often – she can visit her son at IMH, there is little more that Toh can do.

She frowns. “They say he might have Asperger’s, but you cannot cure autism. So if they give him an MTO, what treatment are they going to do?” she said.

Still, she hopes that the next two weeks will benefit her son in some way. “I don’t mind if he is in IMH for these two weeks receiving proper treatment and care. I just don’t want it to be wasted time just sitting in remand again. He’s already been there for so long.”

BANGKOK (22 JUNE 2015) – The United Nations Human Rights Office for South-East Asia (OHCHR) is concerned about the conviction of 16 year-old Amos Yee for uploading remarks and images critical of the late Lee Kuan Yew, the founding Prime-Minister of Singapore. He is due to be sentenced on 23 June 2015.

Amos was remanded on 2 June for three weeks after he refused probation and is currently detained in Changi prison where, according to his lawyer, his physical and psychological status is deteriorating.

Amos was convicted on 12 May 2015 on two charges, one of wounding religious feelings under section 298 of the penal code and another for circulating obscene imagery under 292 (1) of the Penal Code. Amos had pleaded not guilty to both offences.

While recognizing the Singapore authorities concern with public morality and social harmony, OHCHR is concerned that the criminal sanctions considered in this case seem disproportionate and inappropriate in terms of the international protections for freedom of expression and opinion.

While Amos himself has refused the option of probation, OHCHR appeals to the Singapore authorities to give special consideration to his juvenile status and ensure his treatment is consistent with the best interests of the child, the principle that lies at the heart of the Convention on the Rights of the Child, to which Singapore is a party.

OHCHR urges the Government to review the conviction of Amos Yee and the prosecutors to drop the demand for sentencing him to the Reformative Training Centre. OHCHR calls for the immediate release of Amos in line with its commitment under the UN Convention on the Rights of Child. OHCHR also hopes that the judiciary will exercise its authority in the protection of human rights including the rights of the child.

A Mother’s plea to the Singapore Judge: He is still a child

Amos, having been sent to remand on 3 occasions, has been in Changi Prison for a total of 39 days, since his arrest on 29th March till his sentence on 23rd June 2015.

Attending court hearings, discussing issues with lawyers, giving statements to police, meeting up with counsellors and social workers, being interviewed by reporters, having to answer many questions from many people, and many other unexpected happenings, all have been very straining to not only Amos but also all the concerned ones.

I regret to see that the judge appeared to be persuaded by the prosecution to call for an RTC report and thereby placing Amos in another instance of remand. There was no mention of RTC at the earlier hearings as it was evident that his offence does not warrant a consideration of RTC.

Being in remand for an assessment of his suitability for RTC has turned out to be an instance for him to be traumatized (by the strapping to bed for one and a half days).

It seems that the whole trial-sentencing process has been tainted, and Amos has been made to suffer disproportionately for his offence.

The whole matter has affected him to the point that he is suffering from depression and suicidal thoughts.

Amos is merely 16 years old, with many more years to grow up. Whilst he may express himself eloquently, he nonetheless remains a child and would have certain levels of immaturity that regrettably is wholly overlooked in the process.

I humbly urge our Honourable Court to consider giving Amos a fair judgement. 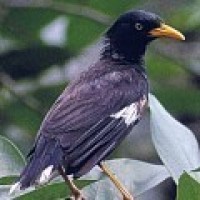 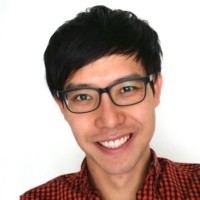 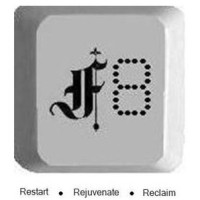